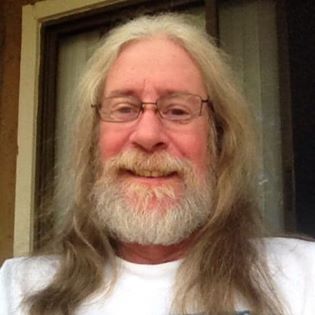 (Dedicated to my friend and brother, Jerry Arney)

Loss of a marriage is like the death of a friend or loved one in a lot of ways. It is a life leaving us to make sense of what has happened and move on. It forces us to deal with thoughts and emotions that we avoid at all costs. Who wants to experience that?

Today, a very good friend of mine who has been sick for almost 3 years passed away. His name is Jerry Arney and he was someone who I loved as a brother and friend very much. I always will. I will never forget him, though life moves on and eventually I will not give him much thought, and I absolutely hate that. Sorry, Jerry, but that is the human life.

We are usually consumed by what is happening at the moment. Time makes it imperative to deal with what is going on today, which causes us to push the past into the back of our minds. It sucks, but that is what happens.

When it comes to the loss of a marriage, the pain eventually subsides and the business of life, children, a job, friends, and new events require us to have to focus on them. It pushes the past back a little more each day and is a large part of the healing process.

When that happens, it doesn’t say anything about that person you lost or the marriage that did not last. It had a life and it hurts when it is gone.

When I spend less time time thinking about Jerry, it doesn’t take anything away from the relationship I had with him. We shared and invested in our friendship and it means something. The same is with a marriage. It mattered and you invested so much into it, and yet it is gone.

When I think of Jerry, I am going to do my best to remember the good times. We spent a lot more time in a hospital praying and talking than we ever did outside of it. The bad times happened, but I am going to remember how even as he suffered pain and disappointment, he had a love for Jesus that I will always be jealous of.

He knew that someday, he would be healed one way or the other. One day the pain would be gone. And tonight it is gone.

My pain is getting more intense. I miss my friend and brother, I miss his love for his family and God. I miss his love for others, those he shared love with on the the streets and in the detox centers where he ministered to those most people have given up on. But God will help me and carry me during this time. He has before, and he will again.

You have lost a marriage, and it hurts. It hurts bad. You will miss some things that where amazing. You will miss the person that you married, the one who said for better or for worse. You didn’t marry the person you they are now. You lost someone totally different.

The last time I saw Jerry, I knew he was getting tired. He shared many things with me to make me realize now that he had become a different person from the one I first met and grew to love as a fellow man in ministry. He still loved & trusted in the Lord, but his human body was dying.

Your marriage was not the same at the end as it was in the beginning. You wanted it to be different, to be like it was when you first got married, but eventually it died.

So where does that leave us?

As I mourn my friend and brother, I will cling to Jesus, the one who is the answer for my broken heart. He is the only one who can heal it. And he will. I will eventually be able to look back and remember the good times we had, all the wonderful fellowship, and the time spent with our Savior.

As you mourn your marriage, cling to Jesus!! He loves you with an everlasting love. He is the only one who can give you the wisdom, peace, and joy to move forward each and every day. It will get easier. I promise. As you let Him lead and hold you, He will give you a peace that will surpass anything you could ever imagine.

Eventually we will both look back and it won’t hurt like it does now. We may have a scar and a tenderness when we remember, yet it will not stop us from being better. God has plans for both of us. Walk with me as we both move forward with Him.